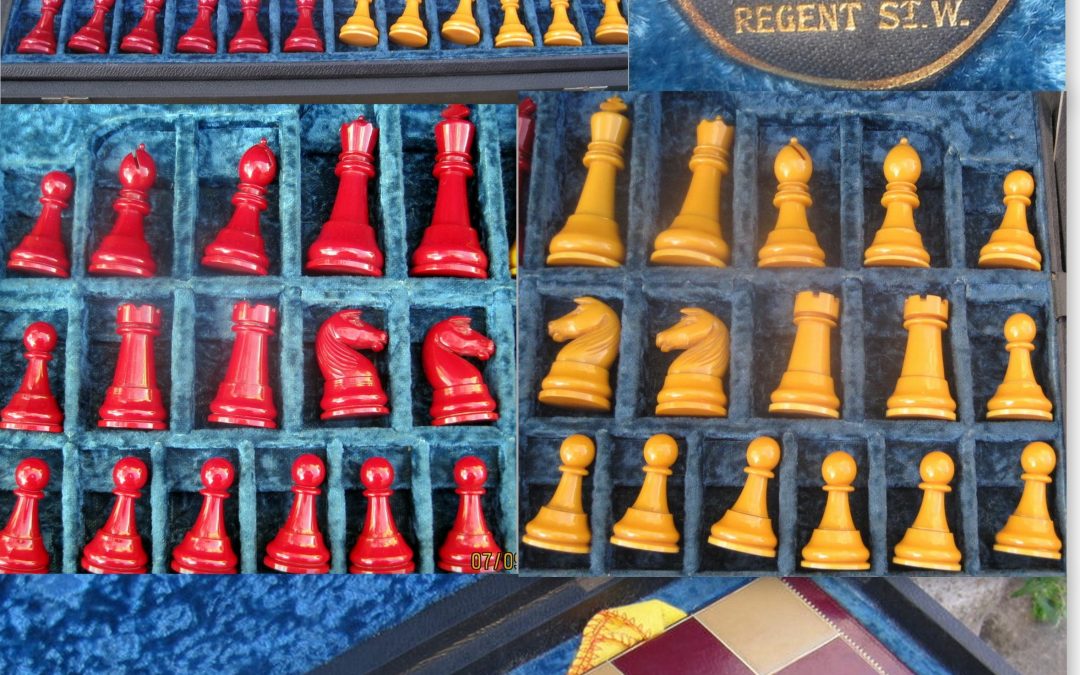 i aquired this cracking cased Catalin Hamleys set over 10years ago. which for some very unproven reason call these sets ( lovely but not rare and gettable if you can pay the asking price. this Chunky set with a 4 inch king has ” piggy style knights”. I contacted Hamleys for info on the set, with their reply most puzzling as the label according to their knowledge as from 1900- 1970, which made little sense since Catalin was trademarked in 1927? on Google photos some authorities are claiiming these sets are german as fact !!! without offering a shred of evidence as i have seen three smaller cased sets with Ayres stamped on the case or the enclosed board.

I HAVE SEEN DOZENS OF VERY FALSELY CLAIMED Bakelite being sold on E Bay which are anything but hand made with seam joins and clearly moulded . these early Plastic sets are often called as bakelite a generic term. IF in doubt study bakelite chessmen in google photos. the term used as Bakelite type is very misleading ..