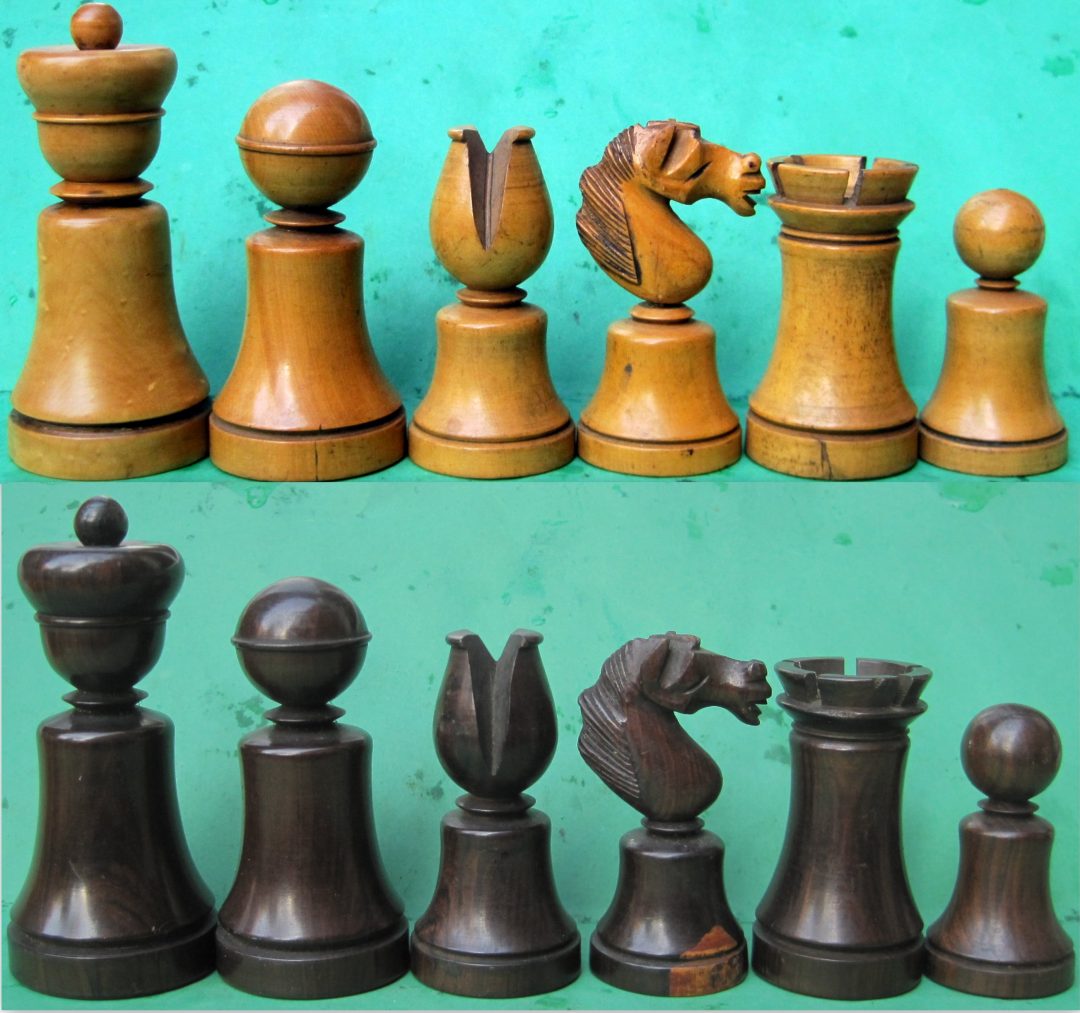 This set, according to Gareth Williams, is an early Dublin. Researcher Mick Deasey has found a few advertisements for this sought-after pattern .He found an advert from 1867 in College Rhymes .

These chunky bell-shaped chessmen are made of ROSEWOOD & BOXWOOD, and with a 4 inch king, might it might well be rather scarce as I won the set on E Bay all because a pawn and king were missing but Alan Dewey came to the rescue by re-making the boxwood pieces, thus making the set whole .

The chess world owes a huge debt of gratitude to Jon Crumiller for his generous research donation to all of us collectors – his site is simply a must-see for all persons with an interest in antique chessmen – my apologies Jon for taking so long to offer you my humble thanks for everything:- .