An avid collector of chess sets since the spring of 2004, by 2006 I had met a few collector friends at auction and shared views on collecting. Having joined a public chess collector discussion group in late 2006, it was inevitable that I would join the ranks of the few in offering my chess collection for public viewing. The early website images offered by collectors and dealers acted as a spur in encouraging myself to do likewise. During this period there were some pretty heated debates between collectors over published information so getting the correct dating and asking questions over the claimed manufacturers of chessmen and deciding what information to trust became an issue for me.

This website has a dual purpose, the first one being to offer all interested parties the opportunity to view my collection of chessmen. Via my Picasa site, I have chosen to offer images of almost every set that I have. This site is for viewing pleasure, rather than informing collectors an opinion on what is best or worst, it simply shows all that I have. We collectors all have our views, so getting universal agreement over published material is impossible when outrageous claims are made on prominent websites. 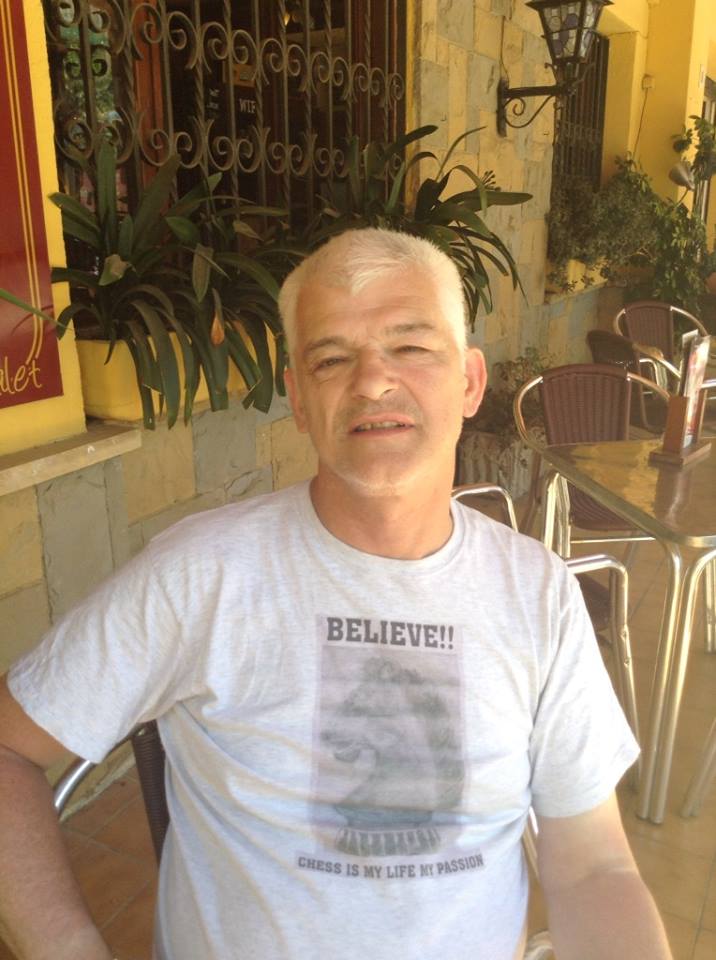 So after a couple of years of collecting, I decided to join Chess Collectors International (CCI), and this was by far the best decision that I ever made being informed by people who have collected for decades even 50 years! The knowledge these people have would scare the pants off all of the experts on the Antiques Roadshow.

Since I went public by offering photographs of my collection, I have been in regular contact with fellow collectors, who are for the most part CCI members, and we have all gained from helping each other. It is hoped that in the future even more collectors will join us, by either using a free site like Picasa, or creating a website offering images of any type of chess set regardless of its quality, rarity, or value. Some of us will have more sets, better sets, or rarer sets, but it does not matter, as any collector today can offer their collection for all to see for free, and the more collectors that join us the better it will be for all chess enthusiasts. The secondary purpose of creating this website, is to offer any collector an alternative view on chess collecting research, who to trust, and what to believe , and why I feel this should be the case.

The idea that all chessmen are best evaluated by a self-appointed few ‘authorities’ has a very significant flaw, and that is some knowledge covers all knowledge. The problem is that in some cases such parties have published in book form and on the internet, views on chessmen they don’t own, nor even have a genuine interest in at all. Even worse, these people actually believe that what they say is gospel’, and it is up to others to prove them wrong. Such arrogance is being challenged every day on the internet, and the results are very visible as keen researchers are offering their sets for public viewing backed up with proper evidence to support their case. If these self-appointed ‘authorities’ do wish to get the acclaim they desire, they would be well advised to check out the work of supposed amateurs on public Picasa albums. They will in the process note these collectors actually own the very sets that they are researching. A lack of proper attribution for genuine hard research work being done in the chess researching world is so serious in my view, that the results need to be recognised. The saddest part of my gripe with some self-appointed experts has been to deliberately ignore published information and even worse make daft claims without any evidence whatsoever and get sellers to cherry-pick from nonsense published to sell to the unwary. This is exactly what this site is going to do, so ‘poachers beware’- if it’s not your work, you will be challenged and make no mistake about it.
There are many types of chess sets to collect, and some are so pricey that they are beyond the purses of most of us lesser mortals, and such research is probably best left to the select few who can afford such fare. For the rest of us, my research suggests that any collector who has the will, time, and passion can research chessmen owned, and it is not for others to lecture such people on their capacity to accomplish this rewarding task.

Finally, I would like to pay tribute to my wife, Pauline McCallum Lyons, who has supported and encouraged me every step of the way, and who has kindly agreed to assist me in maintaining this site, and to my daughter Shonagh for drawing the chess knight shown in the picture above.