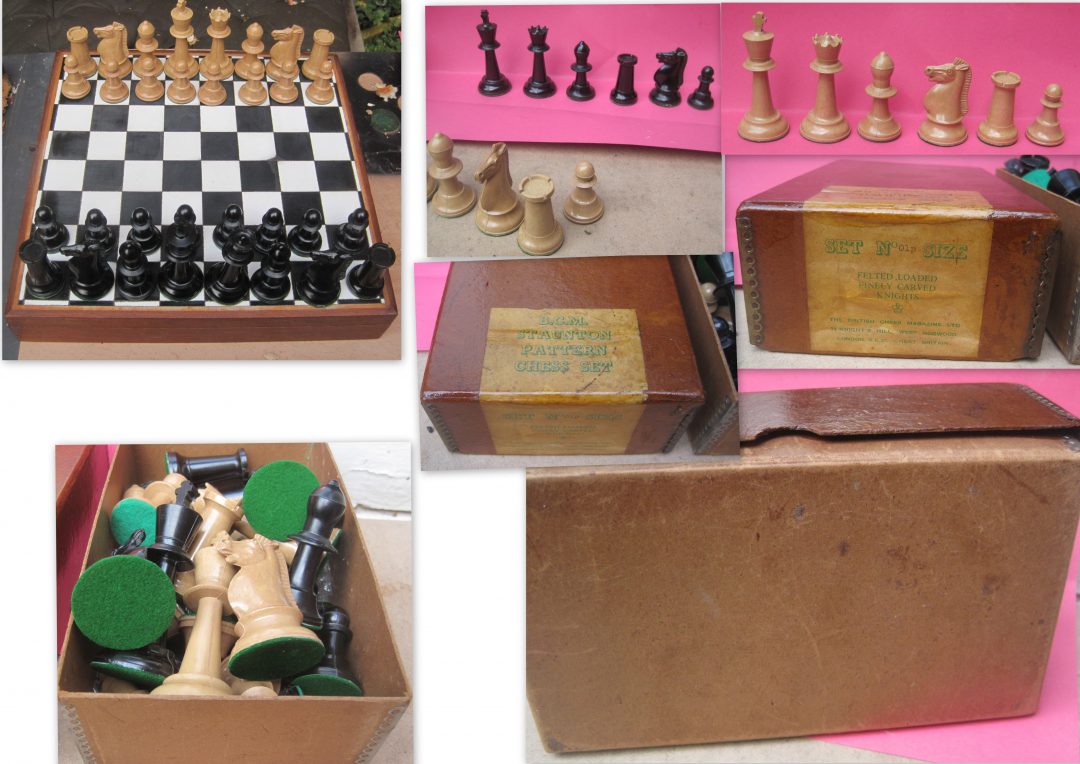 I have seen on a number of occasions this likable moulded plastic set “not BAKELITE ) !!!!which has been offered for sale as bakelite, by eastern European sellers,

Although sold by the B ritish chess magazine , one tends not to see these sets for sale in the UK too often .Which is why I decided to buy it very recently on e bay,

things are so bad with plastic chess set descriptions one wonders what some sellers think they can get away with. there is no mention of Bakelite on the box label,

One might as well term moulded plastic as BAKERLIGHT !!!!. & look out for seam joins which this set has. also I rather like the plump knights. .

The weighted pieces are pretty light , with a 9 cms king weighing approx. a  few grams , inclusive of box the set weighs about 800 grams, just as well the pieces are not too heavy, as a few days ago watching keen yo ung kids bashing the chessmen about , such a set would have zero chances of surviving damage free , as the labelled box suggests it was made & sold in the 1960’s.

it is amazing how tough the mass produced Hong Kong plastic sets , which were used so often in irish chess tournament play in the 1960’s/70’s, the researcher

Robert Stoller wrote for the C CI stressing the importance of these sets , in his article reflections of the Staunton design, in the early 2000’s.

I have tried to collect early plastic sets which were hand finished scarce, but tend to be rather costly ,, plus seam joins  do spoil the look of the chessmen.