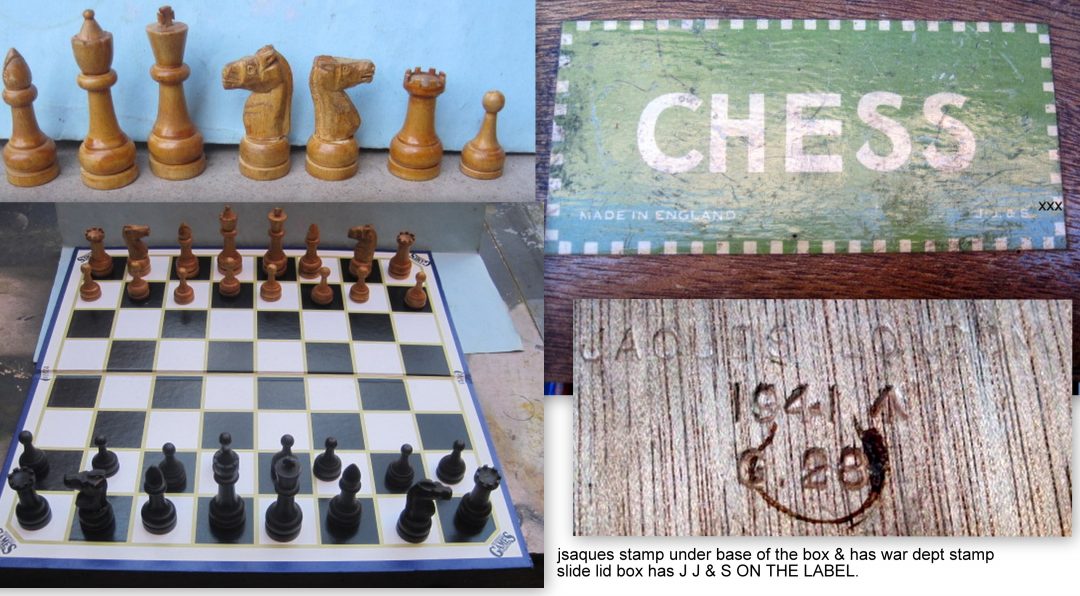 This set recently purchased on eBay might just interest some Jaques collectors as it appears from the look of things taking a good look at any ‘J J & S‘ labelled slide lid boxes underneath might be a good idea. This set is not from my knowledge a common one, but not exactly great quality. The war department stamp I was hitherto unaware of, but two CCI members, Peter Armit and Jim Joannou, confirmed the stamp was indeed a military one, and Peter had heard it mentioned on the Antiques Roadshow. During the war there was a shortage of quality woods e.g. ebony, but these cheaper sets in both wooden and cardboard boxes labelled ‘J J & S‘ might be worth investigation. Please see this Ebay listing, as I also have such a set:-

The interesting thing is that since 2004 when I started collecting seriously, the lower the value of the set, the research is quite often non-existent. I hope this will be of some interest to Jaques enthusiasts. I spend at least an hour a day 365 days a year searching in as many places as possible – websites, eBay, auction houses, – sometimes for hours and hours – in the hope of finding something of interest .