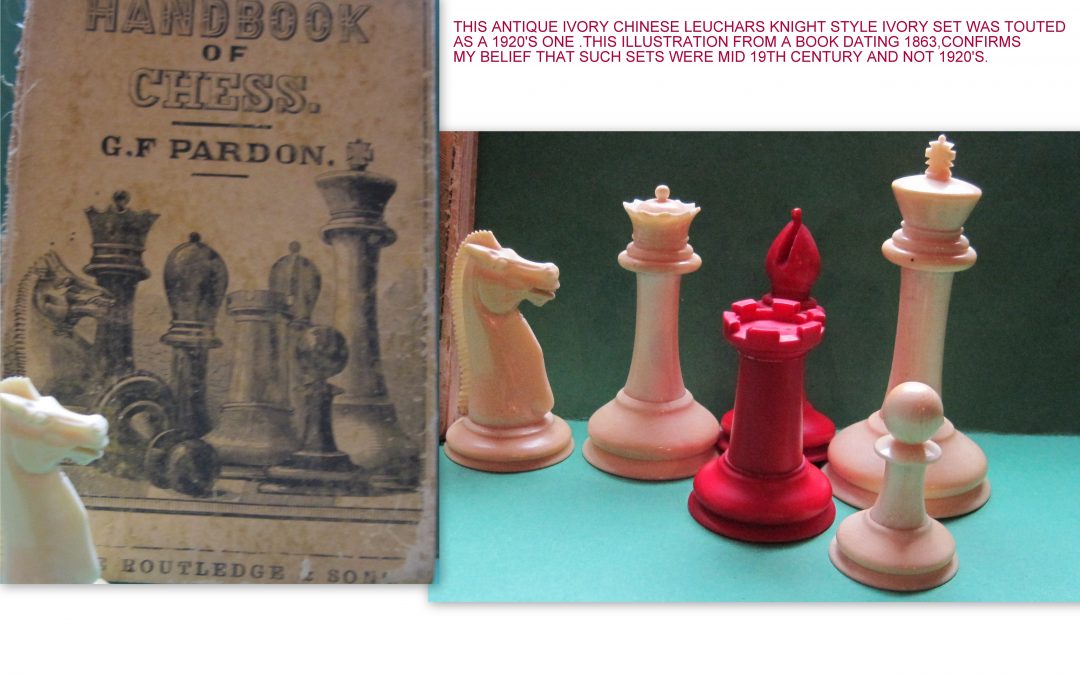 Purchased from Bloomsbury Auctions in 2005, a 3 inch king ivory chess set.  There was some question mark over the dating of these sets and it was stated that it might be 1920’s which I disagree with.

This illustration from a 1863 book adds weight to my belief the set is mid-19th century, and the quality is far superior to 20th century post-ban ivory sets.