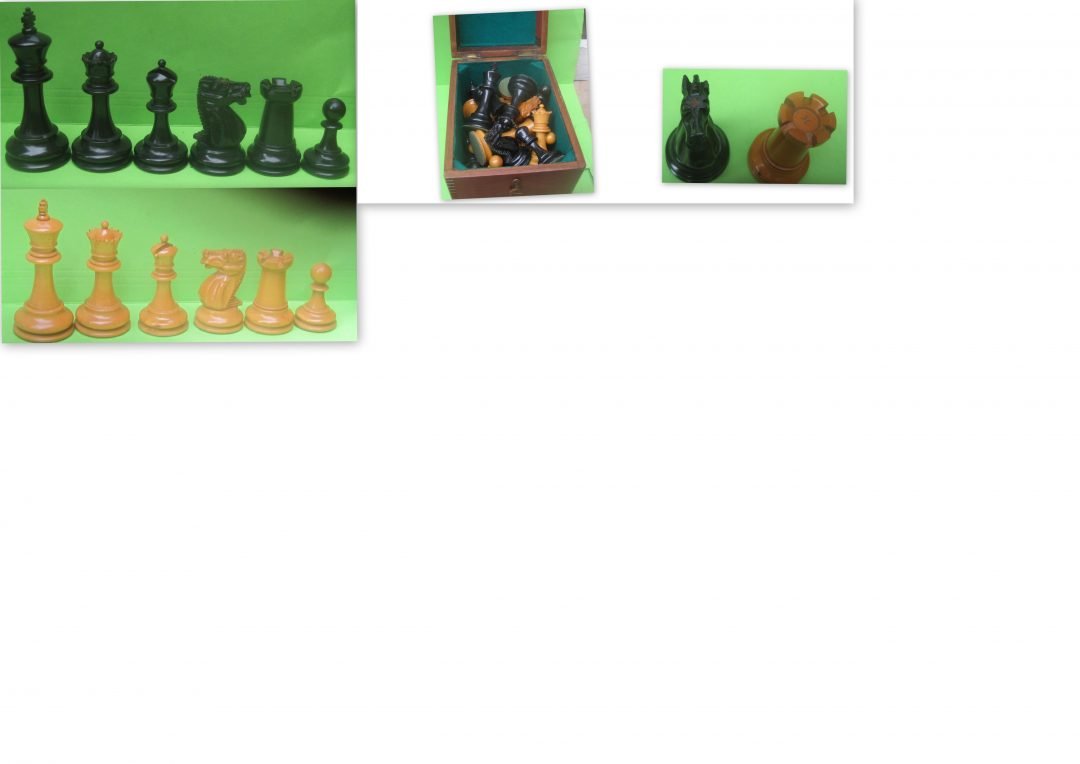 I purchased this nice quality set last year on Ebay from a seller ‘Kenandian’ via an offer. This weighted set  with a 9cms king (by no means heavily weighted) came with its original box that has a less common feature where the 4 corners have angled strips of wood, probably to give added strength to the set’s housing. The box allows plenty of space to house the pieces which I think is an added bonus. I would like to  believe that it is an English set, but some guesswork is necessary. A curious feature is that instead of crown stamps for the king side rooks and knights they have crosses either stamped or carved on these pieces in both colours. We simply don’t know if the original unknown maker did this, but since there are so many unanswered questions about antique sets it is best to eat humble pie and admit that knowledge is lacking.

It seems that making an offer Ebay is often rather pointless as the collector is made to wait for as long as possible, and then he or she receives a notification that it has been declined – perhaps this is because when an offer is accepted the same set is then listed on Ebay for up to 5 times the purchase price, so I can understand why some sellers believe that by accepting they will lose out. I must have dozens of sets in my collection with no idea who made them, however by keeping them one can over time discover interesting information about the sets instead of maximising profits plus no doubt making the sellers none too happy when they see the hurriedly listed item.