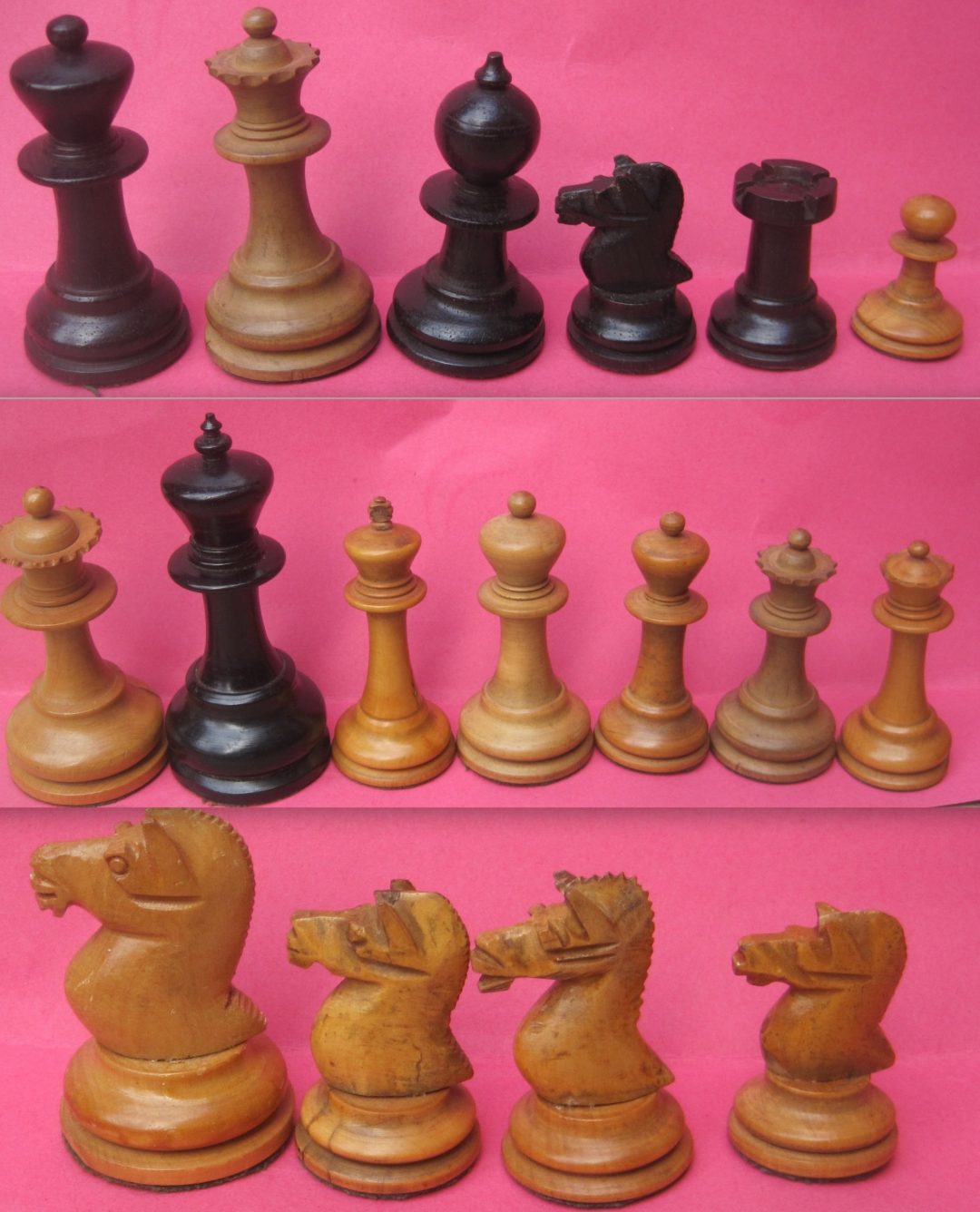 What is interesting for a collector is when he/ she purchases a set with an unknown maker.  Some months ago I purchased from ‘old games of chess’ on E Bay an unweighted set which I believe is from the late 19th century, but I have no idea who made these sets. Well well, let’s face facts but the sets knights are not exactly classy looking carved beasts. So how to identify these sets when communicating with fellow collectors? Since I rather like these chessmen, but I have to decided to call my three examples of such sets, as ‘English shire horse knight sets’.

I always remember the Orwell book Animal Farm and developed a fondness for Boxer, the loyal servant for all, and he did a job, just as these knights do. As a kid in Bray, county Wicklow, I was fascinated by the size and shape of these large work horses, and I saw them on many occasions.

The second set I have was purchased , where the king has a small cross, height just under 8cms, from Stacey’s auctions last October 2019, but the third was a part set where the king has a spiked knop king height just over 10 cms. When I purchased the pieces minus a black pawn and white king which I had both remade. To be safe, I honestly thought the kings might be replacements, so with the help of a very extra experienced collector and CCI member we both concluded that the kings, although unusual for this type of set, were correct.

I hope this passage is of some use to collectors who like these chessmen is of help. In my book not every Staunton set has to be a weighted Jaques or BCC , but one can have immense pleasure in having unusual and interesting chessmen.