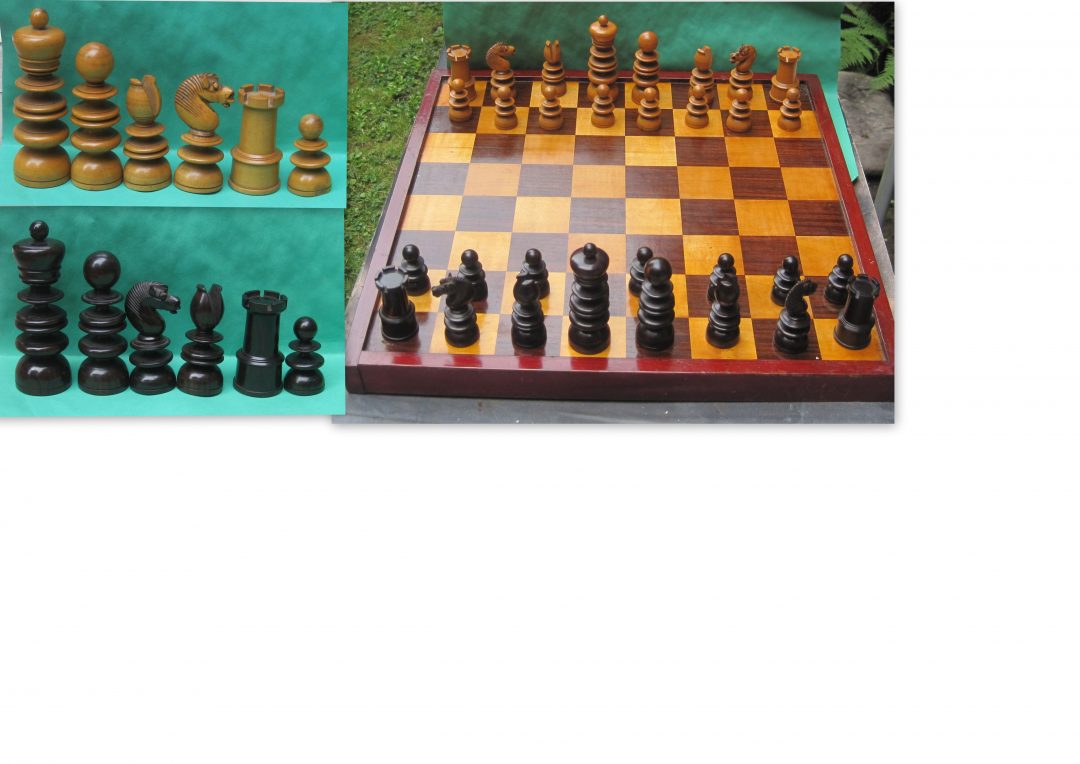 This delightful set was a private purchase some 12 years ago, yet this set poses a quality question for collectors.

On the internet this set is described as a ‘Jaques’ (just type ‘St George chess’ and see this on on Google photos), but it is far from easy to make a quality judgement from the existing surviving pages of the Jaques pattern book. This set being unsigned was purchased in superb condition – as a collector I am far from convinced by these ‘Jaques’ claims on the internet.

I note that lot 99 sold on the 14th October 2008 at the Bonhams Chess and Playing Cards and Games makes no mention of this set being a Jaques – any new collector could do a lot worse than try and decide the merits of the Jaques claim on a prominent website.  Asking questions is the key to self-teaching how to collect chessmen without the original box, as the mention of this quality set being a ‘Jaques’ causes a huge hike in the price when being sold. As stated in the fine Rochford website, the quality of the set should speak for itself, but I could not with any great confidence claim this is a Jaques set. The set has a 9cms king and is displayed on a late19th century inlaid board.