A Jaques Anderssen set gifted to me !! 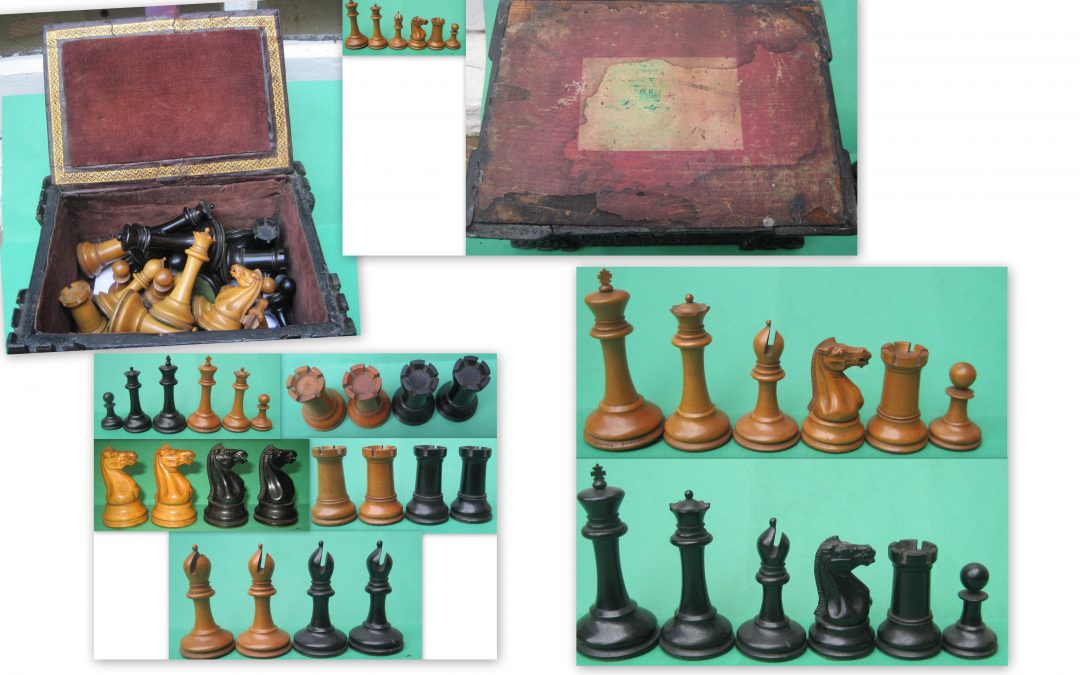 Way back in around 2007, I was in London to attend a Bloomsbury auction, and the following day my sister Vida  produced a chess set from her bag, and my jaw dropped!!!

There in front of me was a wonderful Jaques Anderssen set in a carton pierre box which needed restoration that was later fixed up very well indeed, and the set was in close to perfect condition. What an incredible piece of luck as a good friend of my sister, upon hearing that her brother collected chess sets, gifted this beauty to me. Some of us have all the luck on our collecting journeys. with a 3.5 inch king this weighted set in its box with the hint of a label has everything . According to Jaques researcher F Camaratta the Anderssen dates from 1855-1865. The Camaratta  Codex was published by Robert Stoller in 2002. The information offered by Bob Stoller was pretty detailed and well worth a good read – there is an account of the Codex existing in the Guy Lyons Picassa album archive and well worth a good study.