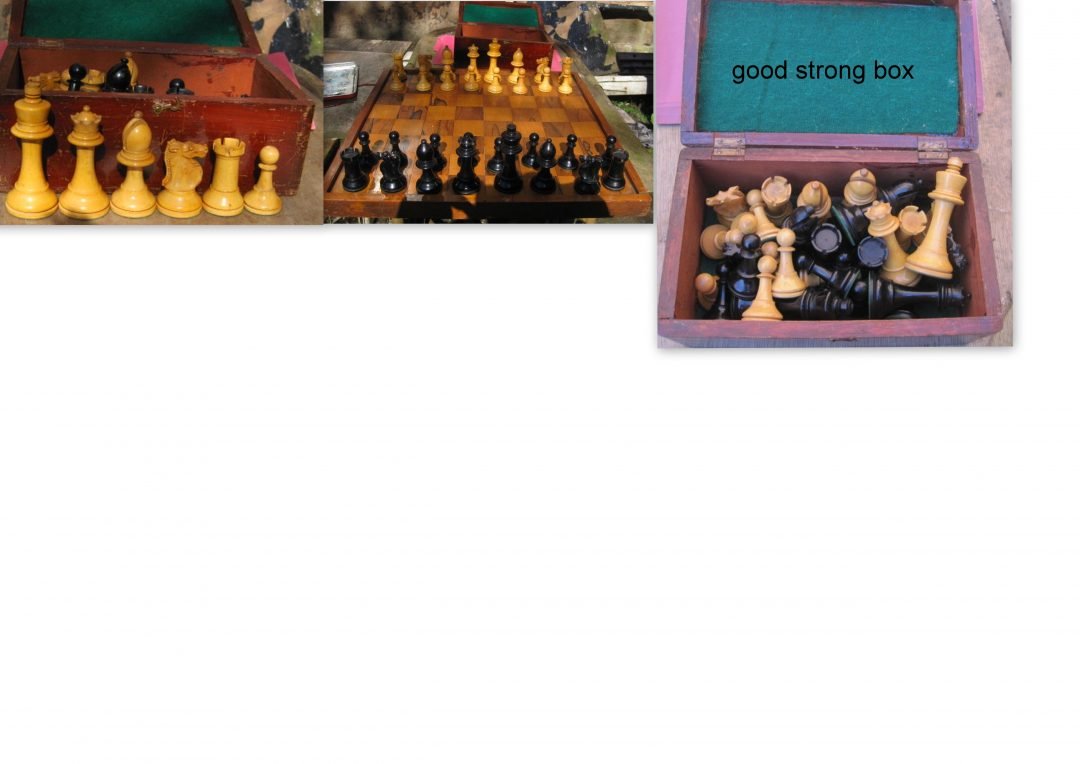 Here is a a Staunton single-weighted set (not too heavy) which was  claimed to be ‘used in BCF congresses’. There is so much nonsense and unproven garbage offered to buyers so being sceptical has merit, and with hefty price tags being charged for wooden sets these days, more evidence to justify these claims is best sought. These basic looking sets were advertised in The Chess Amateur in 1915 but don’t appear to be very common – since I saw this advert getting such a set was a mission of mine! The set was advertised as boxwood/ebonised, club size 4 inch king, base width 4cms with Popular style bishops, the rooks having 4 crennellations – some jokers might try BCC crap to gain extra cash! Being offered for sale at 3 shillings including a ‘strong box’ which I have. However the only anomaly I can find with this set is the knights not being screwed to pedestals as advertised thus maker unknown and unproven. The original box offers no clues as to its maker but allows ample space for the chessmen. We are not talking Jaques quality here but getting one was a recent Ebay coup. This is a decent playing set – nice to own and well worth the effort in endless searching for a complete set -, which is probably rather scarce, as whatever claims the seller made this set does not appear to have been a success as so few appear to exist.