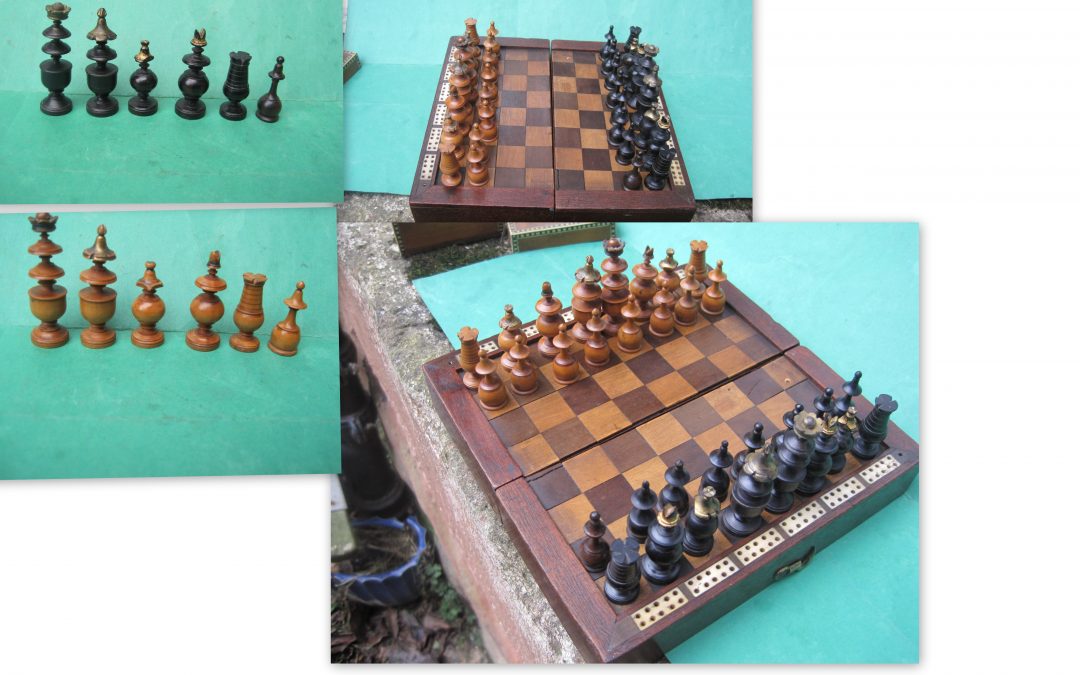 For some years I have been mistaken by calling this lovely miniature in turned boxwood. When i purchased this set, privately in the early 2000’s, there were some missing pieces on the black side. The correct name for this type of set is a ‘Directoire’, where there are no carved knight heads. CCI member Patrice Plain has produced a report on French chess sets of the 18th century. So calling this set a miniature Regence set in my public Picasa album was incorrect. In some collectors’ books there is not much on early French chessmen, so this report is very useful. The board is 16cms square.

Well known restorer Alan Dewey did a wonderful job in making this set whole. With a 5 cms king this miniature set may well be rather scarce since I have yet to see another one, and might not see such a lovely little set again. A true keeper set – I will be six feet under before this set will be sold!