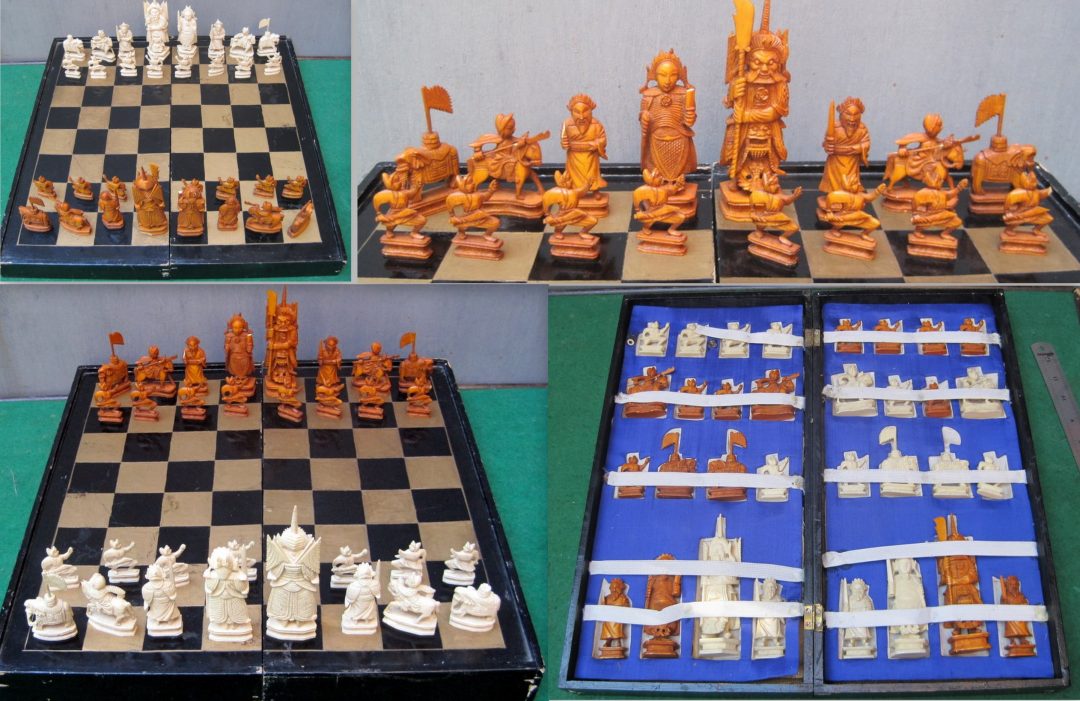 As a collector, I was initially intrigued by owning ivory chessmen.  A few years ago ebay introduced a ban on the selling of ivory on their site in support of the needless slaughter of elephants.

I sincerely regret buying Chinese ivory sets, and it seems so sad that so many elephants were slaughtered to make these poor quality sets. Some collectors have been embarrassed by this sudden change and their so-called investments are close to worthless. These sets were not very well made, and it is best to avoid buying them like the plague! Chess Magazine in 1946 – a year before the proposed 1947 ban – claimed that ivory was a ‘good investment’.  The boards offered poor housing for the pieces as the elastic bands holding the pieces failed and the pieces fell out of their holder – the piece stability was dreadful.

Take note of the image – this is not a well made set!