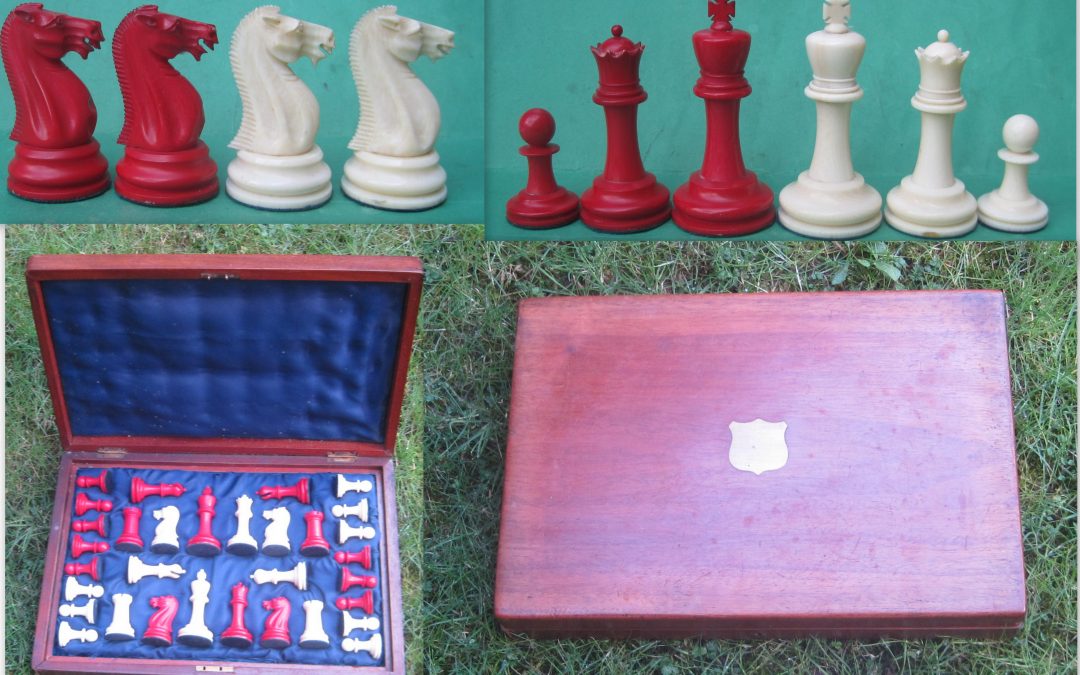 A set attributed to Richard Whitty in ivory – king height 8.5 cms. There is a claim that Whitty worked for Jaques without any evidence whatsoever to support that claim. The box that is housing the pieces is homemade from a cutlery case

Why are Whitty ivory carved knights so superior to the wooden knights on so-called Whitty wooden sets? CCI member Peter Armit has researched the Liverpool trade directories on Whitty and there is nothing to confirm that Whitty was a manufacturer of chess sets. Some of the unfounded claims are so ridiculous that sellers of chessmen may even claim that Whitty accompanied Jack The Ripper to demonstrate his carving skills in the Whitechapel area of London – amazing what folk will say just to make a buck!