The Coldfield Set in original box 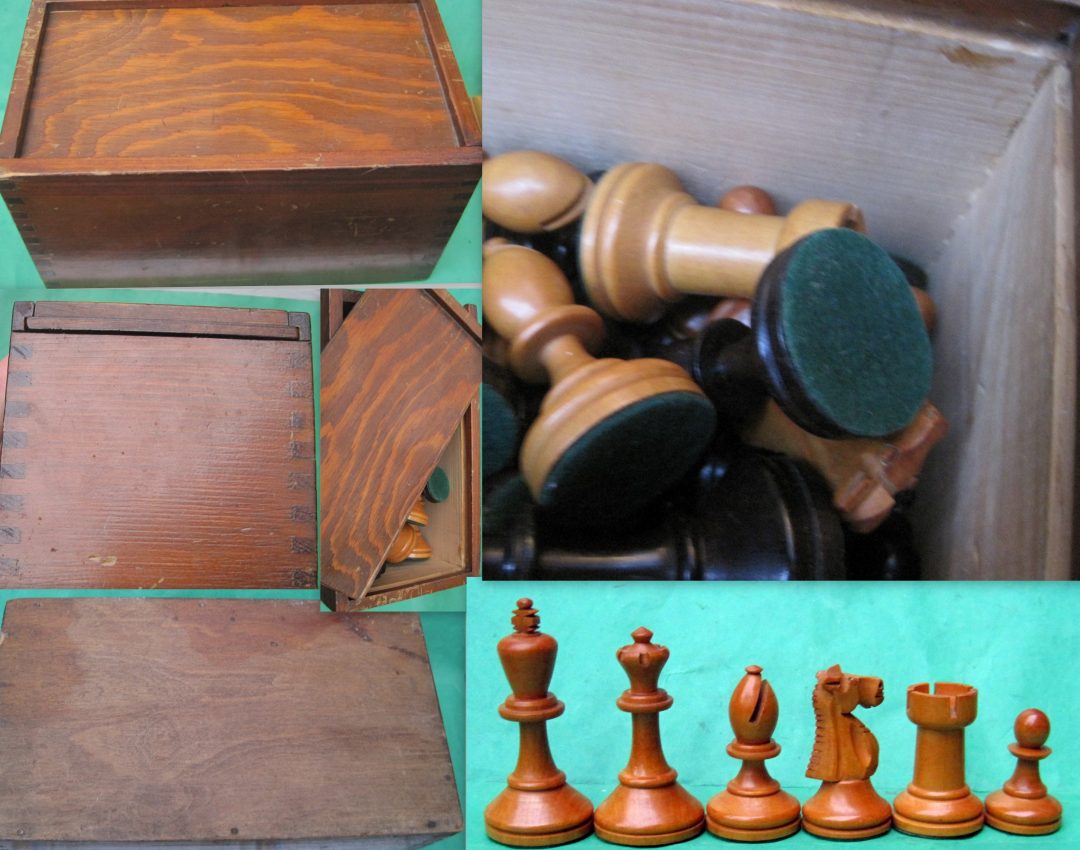 This set should not be confused with the famous trial of Jaques v Chess of 1937.

ALTHOUGH THERE ARE REPRODUCED SETS OUT THERE THIS ONE MIGHT JUST HAVE BEEN HANDLED BY B H WOOD HIMSELF, he designed these chessmen and the earliest date we can find appears to be 1946, dating checked by both Mick Deasey and Keith Middelton, fellow Picasa web album researchers and fellow CCI members. Here is a most curious thing: – no boxed Staunton set sold by CHESS Magazine has surfaced, in its original box, which caused such a right fuss by Jaques when he was trying to pay his weekly grocery bill. But even more interesting was that Gamages offered  Staunton chessmen for sale without any Jaques reaction?!

The advert appeared in Draughts World 1906. The idea that BCC TOOK ON JAQUES ON EVERY FRONT IS A NONSENSE SINCE Hennig Bros. were making Staunton chessmen in the 1880’s a decade before BCC!!  In the late 19th century Staunton shape & club size W W MORGAN ADVERTISED HEAVILY IN THE Chess Players’ Chronicle, plus BCC never produced croquet or Jaques Happy Families, a card game, in 1851. Plus Mick Deasey sourced a a Smith & Reilly price list ( courtesy of Jon Crumllier) offering AMERICAN  MANUFACTURED Staunton chessmen in 1878, which is some 23 years before BCC was founded.

THIS SET HAS A 9.5 CMS KING AND NICELY WEIGHTED, BECAUSE HEAVILY WEIGHTED CHESSMEN ARE PRONE TO BREAK WHEN DROPPED, ONE COULD SAY THANK GOD THAT THE BEAUTIFULlY TURNED ENGLISH PATTERN DUBLIN & UPRIGHT SETS WERE NOT MADE WEIGHTED TOO OFTEN.

I BELIEVE THAT PRE-1891 STAUNTON CHESSMEN WERE BEING MANUFACTURED IN GERMANY SO BCC HAD PLENTY OF COMPETITION.