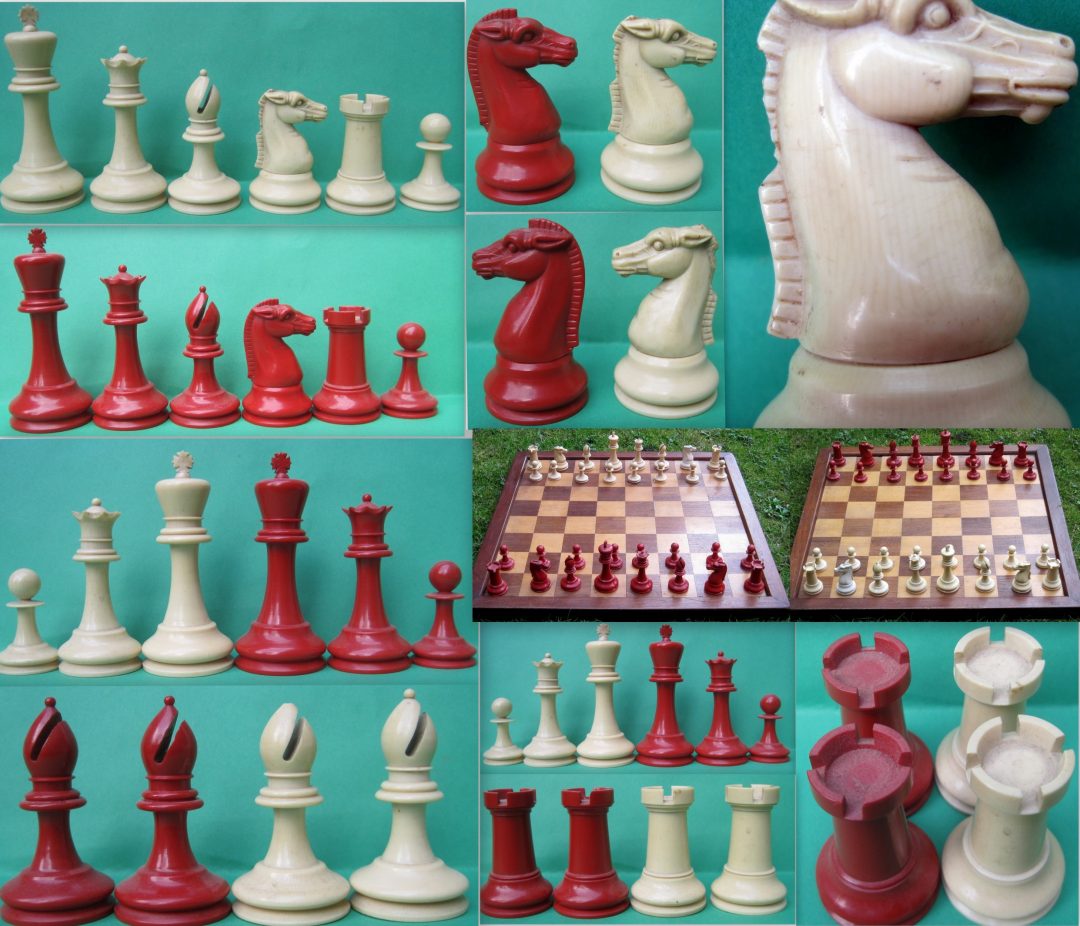 In the 1891 catalogue the ‘lizard’ knight does not appear, with the cavalier horse used on the Imperial or the Staunton improved sets . This was confusing as BCC appeared to switch their knights around confusing us hence my name change.

The lizard horse was first offered in the 1893-1894 Materials of War BCC price list (page 309), so this set is most likely 1893-1894. Getting the correct dating for the lizard horse is rather important as making reproduction sets makes a right mess of manufacturing history if the published information on the internet for such sets for sale is incorrect.