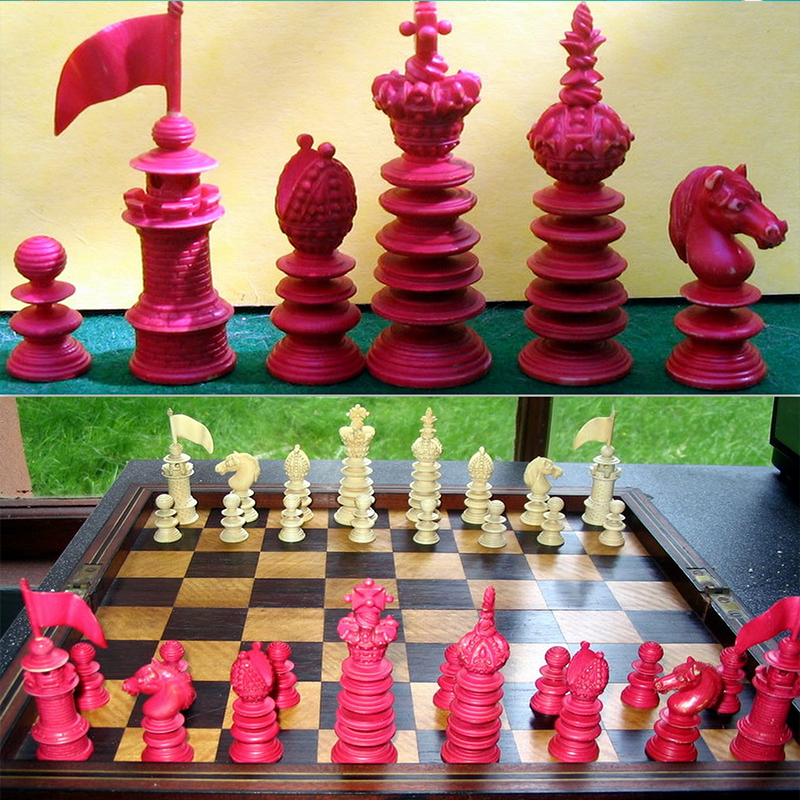 This delightful English 19th century ivory chess set has been described without a scrap of information or evidence as a ‘Hastilow set’. Pure garbage – simply accepting similar looking sets seen via Google images is a load of bull. Why on earth did I orignally post this very unattributed information on this site ?? Given that I have never even seen a stamped Hastilow, calling this one ‘Hastilow‘ just because others have done so is appalling research, which wont do here! I purchased this set from a CCI member after we visited Portabello Road together back in 2010 when we viewed a multitude of sets for sale. My purse was empty, with no plastic payment option to hand, and my companion offered to buy the set. OUCH! – I simply had to suck it up as the transaction was agreed, no interference under any circumstances or risk a CCI member’s wrath. Some time later I pestered said companion to buy the set, but at least I had the decency to give him a profit, so an amicable deal was done quickly and with eternal gratitude from myself.  These lovely sets don’t pop up every week, so whilst small (the king base is almost one inch wide, height about 7.5 cms), every piece is a visual delight. So why this retrospective brutal self criticism? Well, if this is the best I can do, then I have no right to be critical of any others out there!