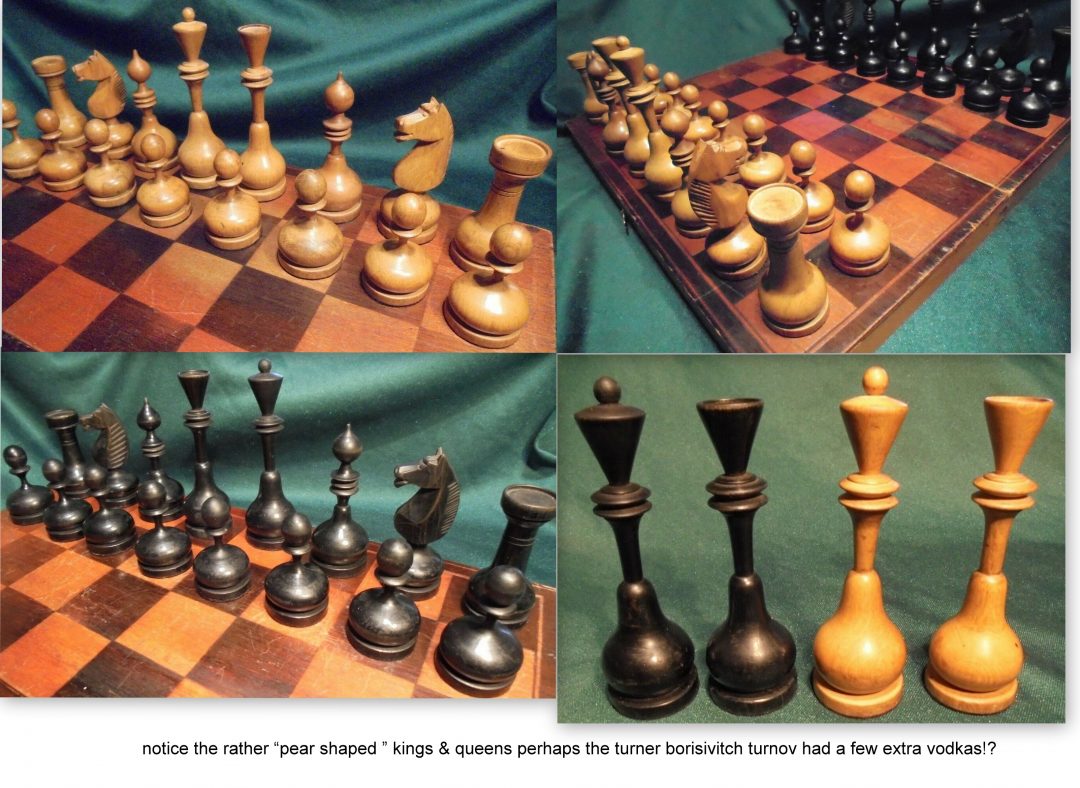 This Russian playing set has a rather amusing feature – the ‘pear-shaped’ kings and queens, the king being 10.5 cms in height but the pieces gently weighted. Many sets were not weighted because the bases were not suitable for weights to be added, with the wood prone to cracking or splitting, but the weights are small, and one can feel the weight through the well glued felt.

This set was purchased from ‘the chessking’ on eBay who I have purchased from before, and I am very happy with it. Collector health warning: some of the wooden boards from eastern Europe are not of the best quality, and its condition was well pointed out by the seller Michael. Perhaps the turner (Borisivitch Turnov ?!) had a few vodkas from Varrington as he commenced work on the royal pieces and he lived near a pear orchard, thus itching for a fruity bite?!

This does not appear to be a very common set, but considering the contribution the Russians have made to chess it seems right to pick up a few sets from that huge country, with an unsurpassed set of achievements over the chess board.